The Temperance Movement began in the early 19th century with the goal of limiting or even banning consumption of alcoholic beverages. Temperance was a reform movement largely inspired by the religious revival that swept across the country in the early 1800s. Temperance advocates pointed to alcohol’s deleterious health effects and also blamed it for instigating domestic abuse, public disorder, financial ruin, and widespread moral decay. Early supporters of temperance tended to be white middle- and upper-class people, with many women among their ranks.

Evangelical Christians founded the American Temperance Society in 1826, with a goal of changing attitudes towards alcohol consumption in the United States. At this time in American history, taverns outnumbered churches and alcohol was served at almost every social gathering. Wages were sometimes paid in liquor or beer, and people sometimes drank while at work.

The message of temperance spread quickly and effectively through already existing church networks, and temperance soon became a badge of middle-class respectability and moral purity. After the Panic of 1837 and ensuing depression, temperance advocates made headway among the working class by arguing that temperance and domestic thriftiness would help sustain their families during these hard economic times. Per capita consumption of alcohol fell drastically between 1830 and 1845 as a result of the Temperance Movement.

Opponents of temperance included tavern and distillery owners as well as the farmers who supplied them with grain to make into alcohol. Other critics included European immigrants, many of whom came from cultures with looser social rules about alcohol consumption. Though temperance advocates did not succeed in having alcohol banned in the 19th century, the 18th amendment to the US Constitution that was ratified in 1919, launching the Prohibition Era, did have its roots in the Temperance Movement almost a century earlier. 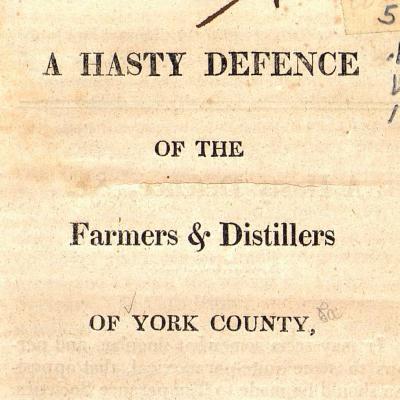 A Hasty Defence of the Farmers and Distillers of York CountyPrimary 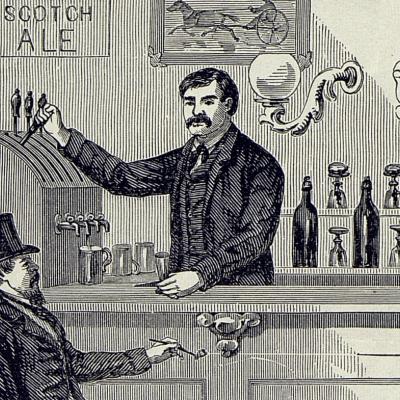 Advertisement of an Honest RumsellerPrimary 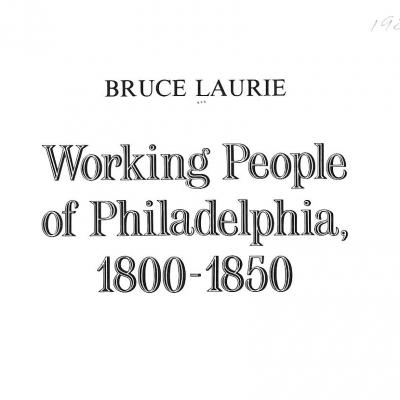